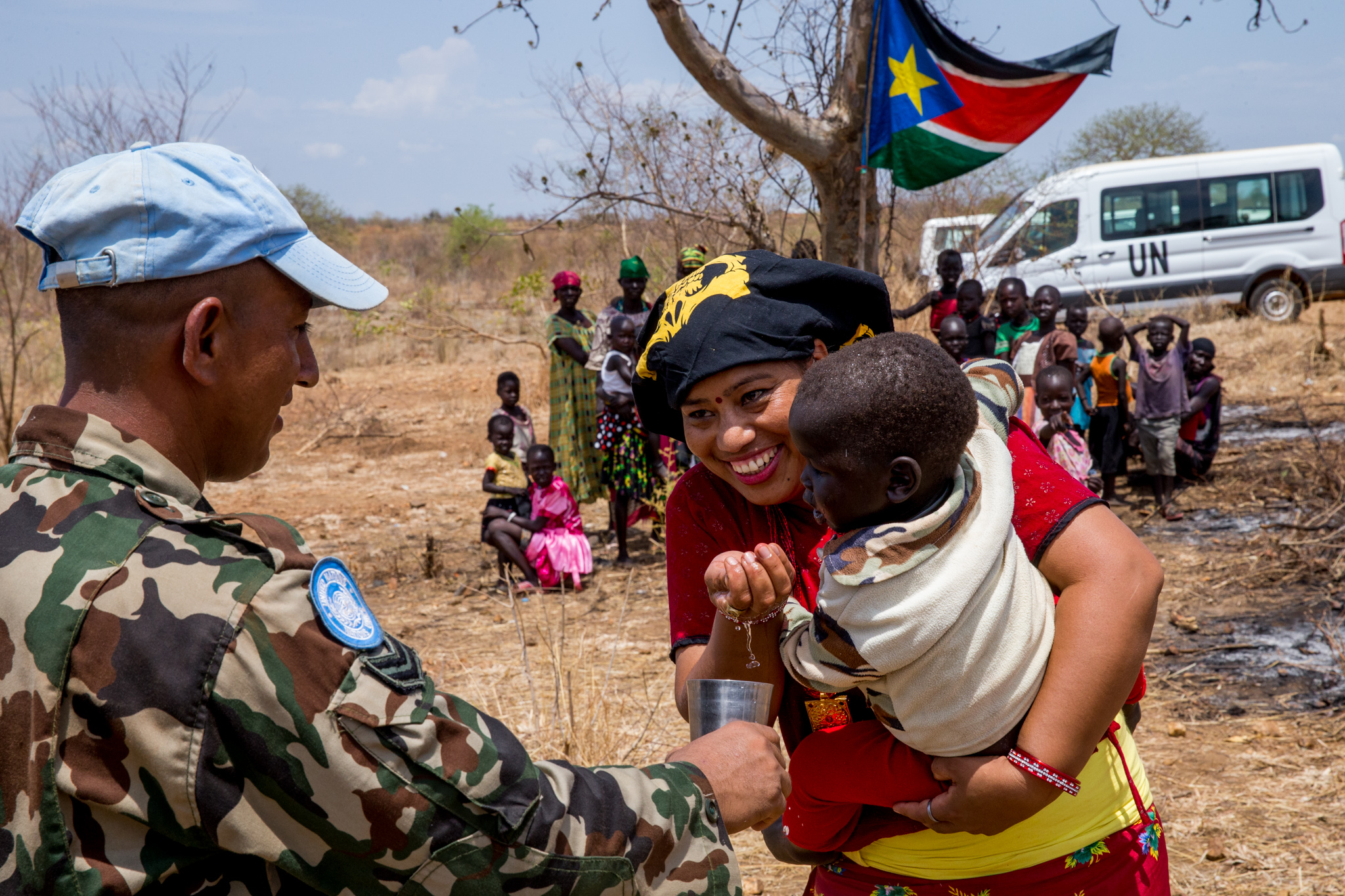 On 9 July 2011 South Sudan became the newest country in the world. The birth of the Republic of South Sudan is the culmination of a six-year peace process which began with the signing of the Comprehensive Peace Agreement (CPA) in 2005.

In adopting resolution 1996 (2011) on 8 July 2011, the Security Council determined that the situation faced by South Sudan continued to constitute a threat to international peace and security in the region and established the United Nations Mission in the Republic of South Sudan (UNMISS) to consolidate peace and security and to help establish conditions for development.

Following the crisis which broke out in South Sudan in December 2013, the Security Council, by its resolution 2155 (2014) of 27 May 2014, reinforced UNMISS and reprioritized its mandate towards the protection of civilians, human rights monitoring, and support for the delivery of humanitarian assistance and for the implementation of the Cessation of Hostilities Agreement.

Method of financing: UNMISS is funded through a separate account approved on an annual basis by the General Assembly.