Anyone familiar with evolution knows that humans (relatively complex organisms) evolved from simpler forms of life over the course of billions and billions of years. Although we understand a great many things about how we evolved, there are a few gaps in our understanding. People sometimes refer to these gaps in our knowledge as “missing links.”

This name stems from the idea that all life is connected in a kind of chain. You can trace it forwards, to see where life is heading, or backwards, to meet our predecessors and see where we’ve been. It is based on the belief that organisms can be ordered into very delineated organizations…a nice, neat line of progression. 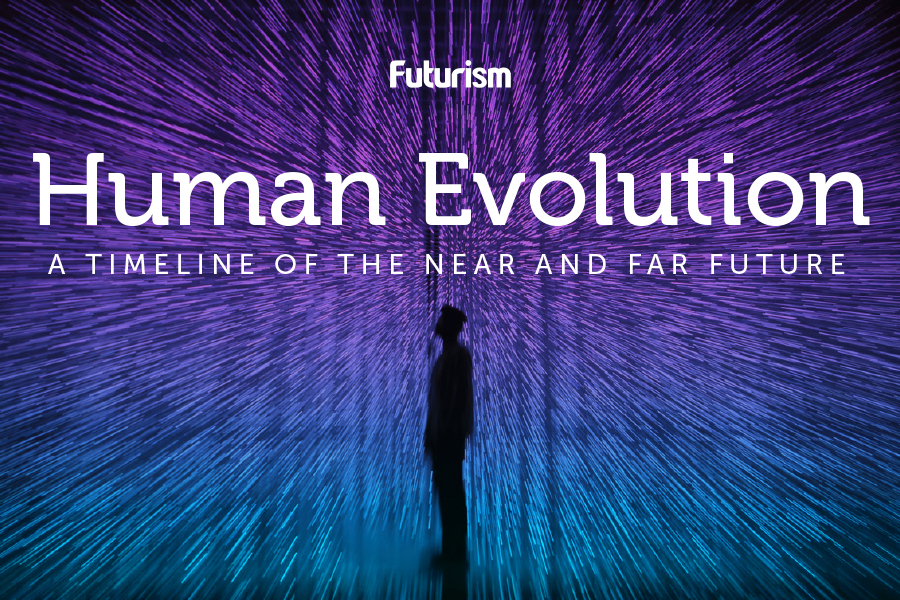 Ultimately, this concept stems from religious ideas concerning the “great chain of being.” In this chain, the animals are the lowly creatures that came before us (or which rest below us, as they are less developed) and of course, man (well, God, technically) sits comfortably at the top. As the University of Portland notes, “Its major premise was that every existing thing in the universe had its ‘place’ in a divinely planned hierarchical order, which was pictured as a chain vertically extended.”

To this extent, according to this logic, evolution should look like either A) A ladder, with the first species resting at the bottom and subsequent, more complex, more evolved species climbing ever higher and becoming more developed. B) A tree that has its roots planted firmly in the mud-puddles that birthed the first organisms, while its branches extend out to hold all of the modern, more advanced organisms.

But evolution is neither a ladder nor a tree. If we must use a metaphor, a spider’s web may be a better image—a twisted, chaotic mass of diverging lines and broken wisps the radiate outwards.

What’s Wrong With the Ladder/Tree Metaphor

First, we are not looking at rungs on a ladder, where we can clearly see what came before and what comes next. We’re also not looking at a chain, where there are clear stops along the track, and there are no clear branches that we can look to in order to trace our progress forwards and our evolution upwards. Rather, everything is a blended mess, a cloudy soup of organisms that share (and do not share) certain traits at a number of different junctures.

For example, lineages can change quickly or slowly, and it can move forwards or backwards. Case in point, additional segments can evolve, and this development may later reverse. In fact, we know such reversals have taken place. Take trilobites. These are creatures that are in the same clade as modern insects and crustaceans. They lived an amazingly long time ago (relatively speaking, anyways). They are dated to more than 500 million years ago. As shown below, their fossil record clearly suggests that several lineages underwent increases and decreases and then (once again) increases in segment number over the course of millions of years.

Second, this spider web is a plane. It is not an escalator that ushers organisms ever upwards towards more complexity and development. There is no species that is “more developed” than another. In the end, the soupy mess of organisms that are alive today are all on the same level, having evolved to fit the specific ecological niches that they inhabit.

In a few hundred generations, perhaps the environment will change and a previous trait will, once again, become desirable. If so, species will change and possibly revert. This is how evolution happens. As such, it is rather difficult to trace in a nice clear line.

The Main Point: Really, what I am getting at is this: The term “missing link” is a bit of a nonsequitur for a number of reasons. Evolution is not a clear progression. It is not a nice sequence or timeline. But even if it were…

The Science is Sound 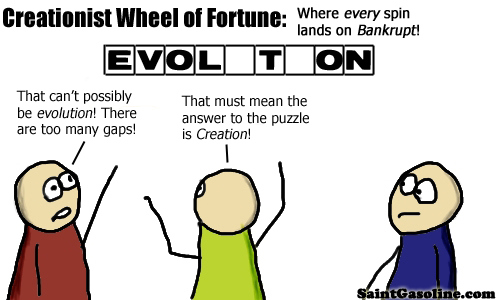 First and foremost, evolution is a scientific fact. For those who are wondering, according to the National Center for Science Education, in science, a “scientific fact” is “an observation that has been repeatedly confirmed and, for all practical purposes, is accepted as ‘true.’ Truth in science, however, is never final and what is accepted as a fact today may be modified or even discarded tomorrow.” Similarly, the National Academy of Science says,

In science, a “fact” typically refers to an observation, measurement, or other form of evidence that can be expected to occur the same way under similar circumstances. However, scientists also use the term “fact” to refer to a scientific explanation that has been tested and confirmed so many times that there is no longer a compelling reason to keep testing it or looking for additional examples. In that respect, the past and continuing occurrence of evolution is a scientific fact. Because the evidence supporting it is so strong, scientists no longer question whether biological evolution has occurred and is continuing to occur. Instead, they investigate the mechanisms of evolution, how rapidly evolution can take place, and related questions.

In short, there is a plethora of evidence supporting evolution. It is a very real scientific process that is accepted by the scientific community. No evidence refutes it. None. At all. But a ton of evidence and observation supports it.

Yet, the term “missing link” seems to imply that there is a problem in evolution—like there is some key bit of information that we are missing, like there is some grand gap in the historical record that throws the theory of evolution into doubt. This is not the case.

Tracing the History of the Missing Link

In an 1850’s publication, upon noting an incomplete fossil record when looking a the Cretaceous period, Charles Lyell called it, “a break in the chain implying no doubt many missing links in the series of geological monuments which we may some day be able to supply.” Of course, Lyell wasn’t saying this as though there is some huge gap, some great missing connective tissue that throws the theory of evolution into chaos…because evolution wasn’t even a proposition yet (Darwin didn’t publish until 1859 and Lyell made his statements in 1851). Thus, the idea of the “missing link” predates the theory of evolution.

As previously mentioned, the idea stems from the religious notion that all life sits on a ladder with man at the very top. And at the time, there was something to be said about “missing links,” as there were no fossils that we’d found exhibiting the transition between humans and non-humans.

Modern individuals have no such excuse. We now have a lot of fossils.

Yet, people who don’t understand evolution still use the notion of the missing link to mean “one great empty chasm where man’s (or perhaps another species’) predecessor should be.” And these individuals use this idea to argue that evolution must be wrong.

In the end, there is more evidence indicating that you should accept evolution than there is evidence for some well-know dinosaurs. Really. We have more fossil evidence supporting the idea that humans evolved from non-humans than we have fossil evidence that shows that Tyrannosaurus rex really existed.

And in all of the fossils that we have (remember, we have found a lot) we haven’t discovered a single fossil indicating that evolution is wrong. Every fossil that we have has been shown to be a transitional fossil. This means that the fossils have traits in common with other fossils, some more primitive and some more advanced, as the case may be. There is no great outlier that doesn’t fit in with the theory of evolution.

Does that mean that we have a complete fossil record clearly showing the transitional forms of every single species? No. Of course not. But the very notion is kind of absurd. You want fossil evidence that spans the entirety of Earth’s history?

First, given the billions of years that the Earth has existed, and the billions of generations that have lived on Earth, that is impossible. Moreover, literally, every fossil is a transitional fossil. If you want a complete record, you are effectively asking for a fossil from every organism that ever lived. Second, why would you need a complete record? One does not need billions and billions of transitional forms and predecessors to see that the theory of evolution is sound. The thousands that we currently have should suffice, and they do. The observations that we see happening today, right now, should be enough. And they are. That is why evolution is accepted by the scientific community. All the evidence that we have matches what we observe today, and the theory perfectly coincides with the every bit of evidence that we have from the fossil record.

When people claim that evolution is wrong because we “haven’t found the missing link,” know that they understand little to nothing about evolution.