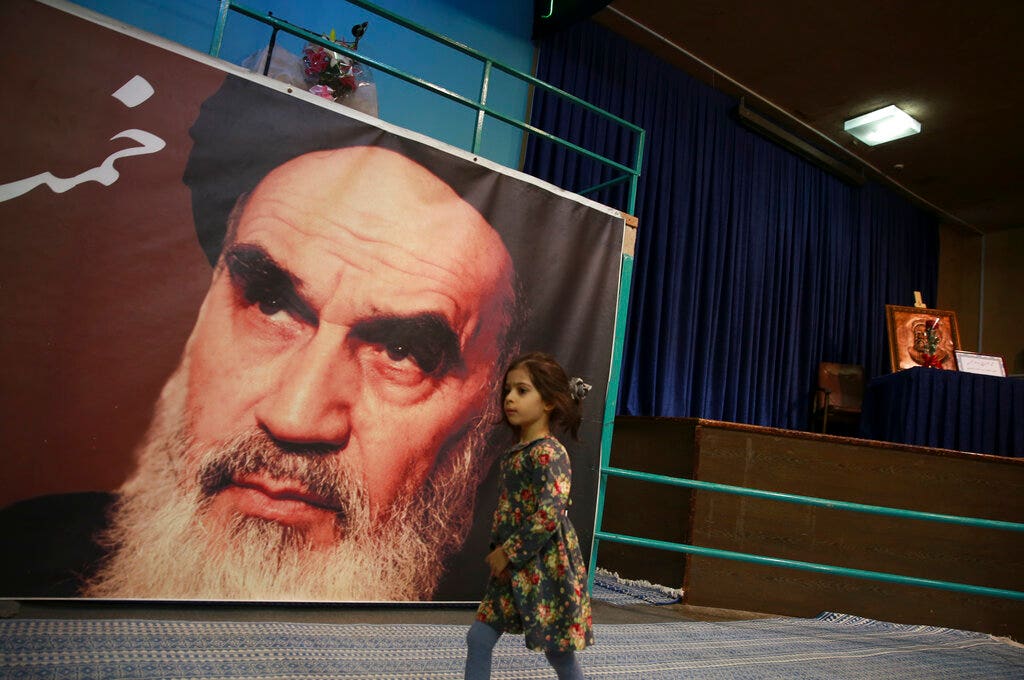 The Islamic Republic of Iran executed a man in January for an alleged violation of the country’s anti-gay law, a shocking capital punishment meted out as European countries implement a financial mechanism to evade U.S. sanctions against the mullah regime in Tehran.

Richard Grenell, the U.S. ambassador to Germany, a former Fox News contributor and a staunch critic of Iran, said Friday that Iran “publicly hanged a 31-year-old man for being gay should be a wake-up call for anyone who supports basic human rights. Politicians, the U.N., democratic governments, diplomats, and good people everywhere should speak up – and loudly.”

“I am committed to a more aggressive coordination with our European allies to make clear that criminalizing homosexuality or publicly hanging someone for being gay is incompatible with the UN’s Universal Declaration of Human Rights,” he told Fox News.

“This is not the first time the Iranian regime has put a gay man to death with the usual outrageous claims of prostitution, kidnapping, or even pedophilia. And it sadly won’t be the last time they do it either.

“Barbaric public executions are all too common in a country where consensual homosexual relationships are criminalized and punishable by flogging and death. In Iran, where children as young as nine can be sentenced to death, gay teenagers are publically hanged in order to terrify and intimidate others from coming out. Iran’s horrific actions are on par with the brutality and savagery regularly demonstrated by ISIS.” 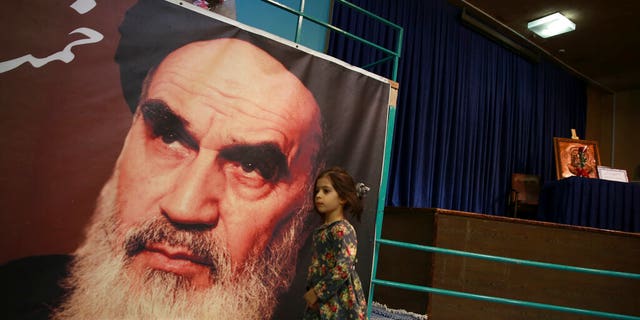 In this Tuesday, Jan. 22, 2019, photo, a girl walks past a poster of Ayatollah Ruhollah Khomeini, at a mosque where he made speeches, in northern Tehran, Iran. The memory of Khomeini, who died in 1989 at the age of 86, looms large over Tehran today. His image is on bank notes and in textbooks in Iran, often as an embodiment of the 1979 Islamic Revolution that swept aside the country’s shah and forever changed the nation. (AP)

The hanging of the man coincides with the E.U.’s effort to skirt U.S. sanctions against Tehran with the Special Purpose Vehicle that allows for non-dollar trade between European companies and Iran.

Sen. Tom Cotton (R-Az.) tweeted on Thursday: “Our E.U. partners should focus on curbing Iran’s efforts to develop ICBMs, repress their citizens, take foreign hostages, and conduct assassination plots on European soil, instead of succumbing to the regime’s nuclear extortion.”

IRAN SAYS IT ITS BALLISTIC MISSILE PROGRAM NON-NEGOTIABLE, WILL CONTINUE TO BUILD

Alireza Nader, the CEO of New Iran, a research and advocacy organization based in Washington, D.C., told Fox News: “Europe’s silence on the Khamenei regime’s barbaric treatment of LGBT Iranians and the regime’s human rights abuses in general is shameful. The E.U. only seems to care about the nuclear agreement and trade ties. It pretends that the regime is legitimate and that Iranians have no alternatives to living under tyranny. The EU pretends that the SVP [Special Purpose Vehicle] has been created for humanitarian reasons when in fact it could care less about the humanity of the Iranian people.”

Ayatollah Ali Khamenei is the supreme leader of Iran and is rolling out events to celebrate 40 years since the 1979 Islamic Revolution.

U.S. Secretary of State Mike Pompeo tweeted a message in Farsi on Thursday, saying: “40 years of failure – It didn’t need to be this way.”

Navid Mohebbi, a gay Iranian human rights activist who found refuge in the U.S., told Fox News that the European Union should join in U.S. sanctions re-imposed on Tehran.

MORE THAN 7,00 DISSIDENTS ARRESTED, TORTURED IN IRAN’S ‘YEAR OF SHAME’

“The Iranian regime is a threat to the international community as well as to its own people,” he said. “Over the past 40 years, the regime has carried out a dozen assassination operations in Europe, which left many Iranian dissidents dead. When the EU gives the regime an easy pass over its terrorist acts, it just emboldens the regime to continue its outrageous behavior in Europe. Unfortunately, after JCPOA [the Iran nuclear deal] the EU remained silent on the human rights situation, concerned that any criticism would undermine the JCPOA. The fact of the matter is that the JCPOA neither changed Iranian regime behavior in the region nor benefited the Iranian middle and lower class.”

Mohebbi, who was the world’s youngest blogger on trial in 2010 at just 18, added: “I believe that the Iranian regime is a gender apartheid state, and given its systematic harassment of the LGBTQI community [and] religious minorities, and systematic discrimination against women, it should be treated the same way that the apartheid regime was treated in South Africa.”

The Trump administration withdrew from the nuclear deal in 2018, because the agreement did not prevent Tehran from developing atomic weapons and continuing its military expansionism and terrorism. Since the JCPOA was adopted in 2015, the EU has not sanctioned any additional Iranian officials for their grave human rights violations.

In sharp contrast, the Trump administration designated 19 Iranian individuals and entities for their abuses. Only after Iranian agents assassinated or attempted to assassinate dissidents in France, Denmark and the Netherlands did the EU pass new terrorism sanctions in January 2019.

While the likes of Grenell and Iranian human rights activists are calling for action against Iran’s regime, German and British diplomats are pushing on social media to boost trade with the Islamic Republic.

Berlin’s ambassador to Tehran, Michael Klor-Berchtold, tweeted on Thursday the announcement of the SPV meant to preserve the nuclear deal and increase trade with Iran. He declined to respond on Twitter to questions about his country’s support for the SPV and lack of specific criticism of Iran’s widespread human rights violations.

Jeremy Hunt, Britain’s foreign secretary, wrote on Twitter: “Just announced with my French and German counterparts a new mechanism to deliver sanctions relief to the people of Iran and demonstrate our commitment to the nuclear deal.”

Benjamin Weinthal reports on human rights in the Middle East and is a fellow at the Foundation for Defense of Democracies. Follow him on Twitter @BenWeinthal

Beyond The Bolex – The New Yorker

The Power of Purpose-Driven Schools – The Wall Street Journal