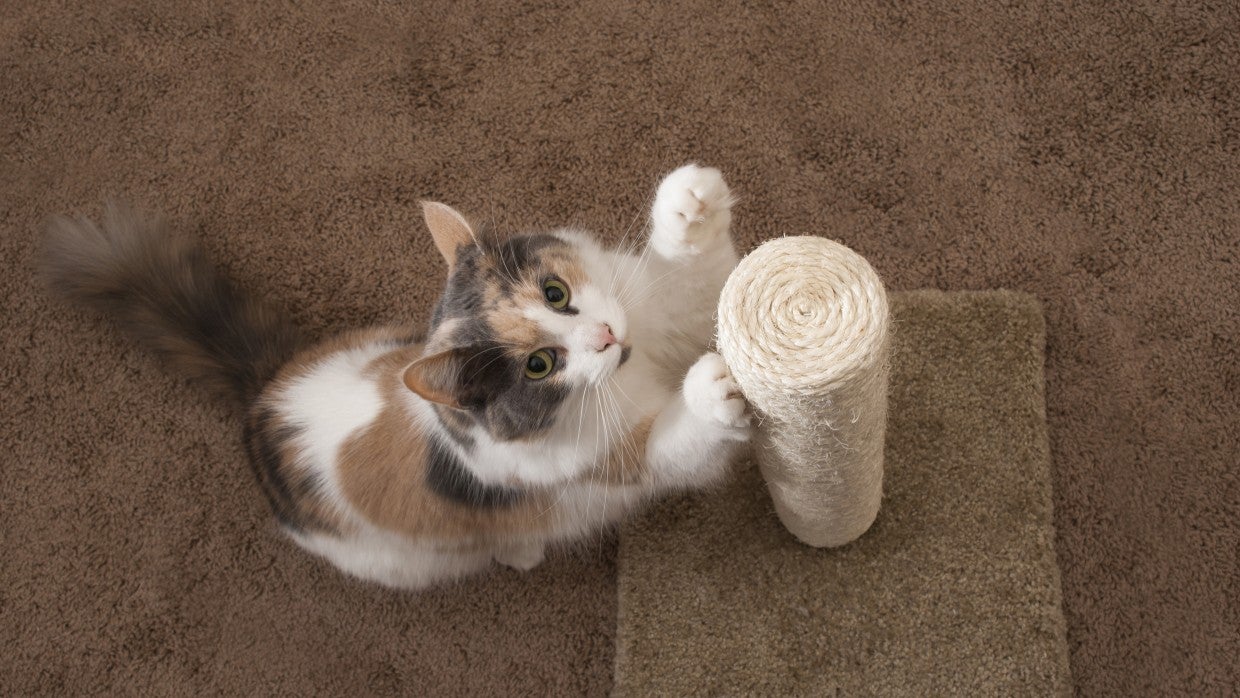 People often mistakenly believe that declawing their cats is a harmless “quick fix” for unwanted scratching. They don’t realize that declawing can make a cat less likely to use the litter box or more likely to bite. Declawing also can cause lasting physical problems for your cat.

Many countries have banned declawing. The Humane Society of the United States opposes declawing except for the rare cases when it is necessary for medical purposes, such as the removal of cancerous nail bed tumors.

People who are worried about being scratched, especially those with immunodeficiencies or bleeding disorders, may be told incorrectly that their health will be protected by declawing their cats. However, infectious disease specialists don’t recommend declawing. The risk from scratches for these people is less than those from bites, cat litter, or fleas carried by their cats.

The truth about cats and scratching

Scratching is normal cat behavior. It isn’t done to destroy a favorite chair or to get even. Cats scratch to remove the dead husks from their claws, mark territory, and stretch their muscles.

Cats are usually about 8 weeks old when they begin scratching. That’s the ideal time to train kittens to use a scratching post and allow nail trims. Pet caregivers should not consider declawing a routine prevention for unwanted scratching. Declawing can actually lead to an entirely different set of behavior problems that may be worse than shredding the couch.

Too often, people think that declawing is a simple surgery that removes a cat’s nails—the equivalent of having your fingernails trimmed. Sadly, this is far from the truth.

Declawing traditionally involves the amputation of the last bone of each toe. If performed on a human being, it would be like cutting off each finger at the last knuckle.

It is an unnecessary surgery that provides no medical benefit to the cat. Educated pet parents can easily train their cats to use their claws in a manner that allows everyone in the household to live together happily.

How is a cat declawed?

The standard method of declawing is amputating with a scalpel or guillotine clipper. The wounds are closed with stitches or surgical glue, and the feet are bandaged.

Another method is laser surgery, in which a small, intense beam of light cuts through tissue by heating and vaporizing it. However, it’s still the amputation of the last toe bone of the cat and carries with it the same long-term risks of lameness and behavioral problems as does declawing with scalpels or clippers.

If performed on a human being, declawing would be like cutting off each finger at the last knuckle.

A third procedure is the tendonectomy, in which the tendon that controls the claw in each toe is severed. The cat keeps their claws, but can’t control them or extend them to scratch. This procedure is associated with a high incidence of abnormally thick claw growth. Therefore, more frequent and challenging nail trims are required to prevent the cat’s claws from snagging on people, carpet, furniture, and drapes, or from growing into the cat’s paw pads.

Because of complications, a cat who has been given a tendonectomy may require declawing later. Although a tendonectomy is not actually amputation, a 1998 study published in the “Journal of the American Veterinary Medical Association” found the incidence of bleeding, lameness, and infection was similar between tendonectomy and declawing.

Some negative effects of declawing

Medical drawbacks to declawing include pain in the paw, infection, tissue necrosis (tissue death), lameness, and back pain. Removing claws changes the way a cat’s foot meets the ground and can cause pain similar to wearing an uncomfortable pair of shoes. There can also be a regrowth of improperly removed claws, nerve damage, and bone spurs.

For several days after surgery, shredded newspaper is typically used in the litter box to prevent litter from irritating declawed feet. This unfamiliar litter substitute, accompanied by pain when scratching in the box, may lead cats to stop using the litter box. Some cats may become biters because they no longer have their claws for defense.

If you are worried about your cat damaging your home, or want to avoid unwanted scratching, start with these tips:

Declawing and tendonectomies should be reserved only for those rare cases in which a cat has a medical problem that would warrant such surgery, such as the need to remove cancerous nail bed tumors.