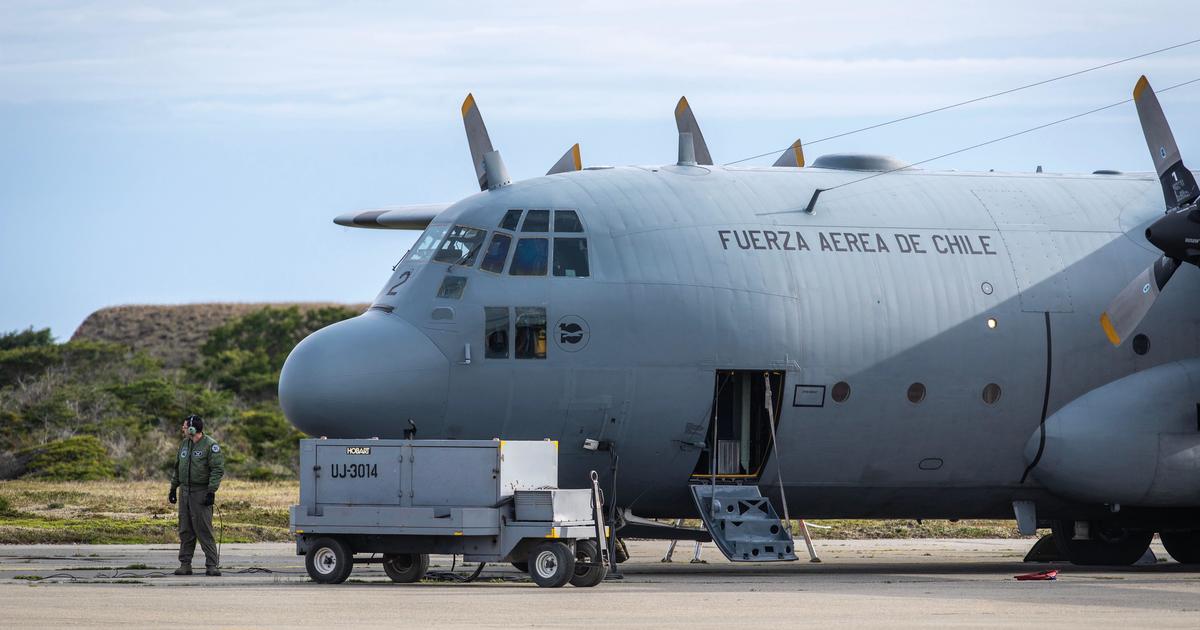 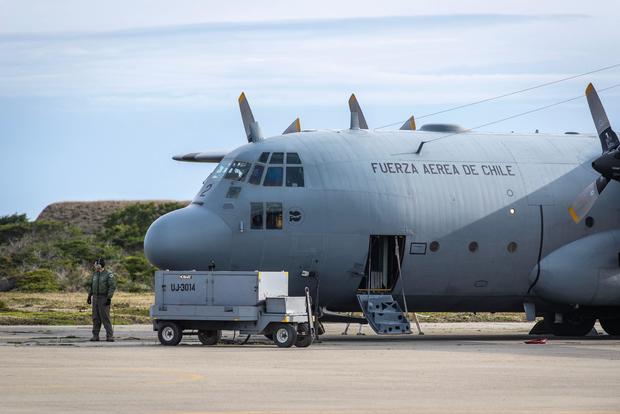 A man stands next to a Chilean air force C-130 Hercules that searched the open sea between the southern tip of South America and Antarctic for another C-130 that disappeared with 38 people aboard, at Chabunco army base in Punta Arenas, Chile, on December 11, 2019. Joel Estay / Getty

Punta Arenas, Chile — Search crews have found the wreckage of a Chilean air force plane that went missing en route to Antarctica with 38 people aboard, the country’s defense minister said Thursday. He said human remains from some of the victims were also recovered from the sea off the southern tip of South America.

Search teams had been combing the waters off South America for any sign of the C-130 Hercules transport aircraft since it disappeared late on Monday. Defense Minister Alberto Espina confirmed the discovery of the aircraft and the remains on Thursday, hours after search and rescue teams recovered floating debris and personal items suspected to have come from the plane.

The news was devastating but brought some closure for family members who had gathered at a military base in Punta Arenas, the provincial capital of the sparsely populated southern region of Magallanes, to be closer to the rescue efforts. 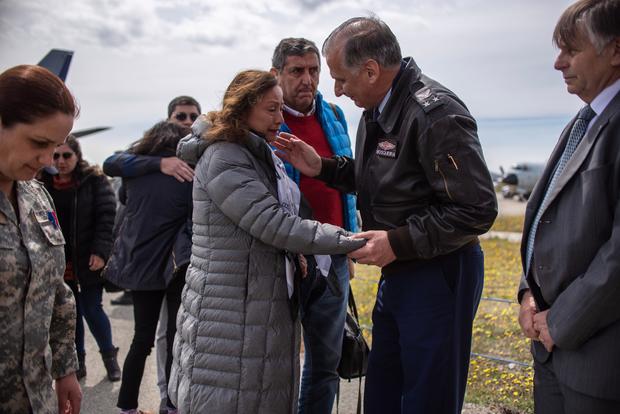 Relatives of people aboard the Chilean Air Force C-130 Hercules cargo plane that went missing in the sea between the southern tip of South America and Antarctica, arrive at Chabunco army base in Punta Arenas, Chile, December 11, 2019. Joel Estay / Getty

It remained unclear how long it might take the military to recover the downed plane and any remains separate from it and bring them back to Chile.

He said the wreckage was located about 17 miles from the plane’s last known position. It dropped off radar screens at 6:13 p.m. (4:30 p.m. Eastern) Monday, on the way to Chile’s Eduardo Frei base on the Antarctic coast.

Mosqueira said the wreckage would likely reach Punta Arenas “tomorrow or in the next few days,” but with the main fuselage having been recovered, that timeline could change.

A Brazilian navy vessel has also recovered suspected wreckage from the plane.

Search vessels and planes from the United States, Uruguay and Argentina had combed nearly 385 square miles around the plane’s last known position in the Drake Passage, a tempestuous body of water south of Cape Horn.

Most of those on the plane were air force personnel, but also aboard were three people from the army, two from a private construction company and an official from a Chilean university.

Many of them were traveling to carry out logistical support tasks at the base, Chile’s largest in the Antarctic.